Certain diseases are known as multifactorial when they are due to the interaction of genetic and environmental factors: this is true for osteoarthritis as well as for diabetes, high blood pressure, asthma and rheumatoid arthritis, etc.

Why can we talk about a genetic component in osteoarthritis? 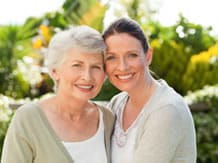 The most important argument is the existence of family cases, with several people with the disease in different generations: hence we know that a woman will have a higher risk of developing osteoarthritis if her mother, her aunt or her grandmother suffered from it.

We know of families where there are cases of apparently "primitive" osteoarthritis (without cause) occurring very early (before 30 years of age) and in a diffuse way.

In addition, the study of identical twins who have the same genetic inheritance, has shown that if one twin suffers from osteoarthritis of the fingers, knee or hip, the second presents a higher risk of developing the disease than other siblings or fraternal twins.

However, it is not because one of the two twins is affected that the other will systematically be affected as well.

Indeed, genetic factors are not the only ones involved, other factors, known as environmental, also play a role. In the case of osteoarthritis, it primarily involves excess weight and joint injuries.

What is meant by the notion of predisposing genes? 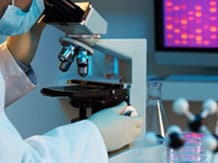 The human genome is the information contained in the two sets of 23 chromosomes we have in each of our cells, one from our father,
the other from our mother.

These chromosomes contain our genes which are like phrases of a huge text (the genome) written in a four-letter letter alphabet (ATCG). The gene, thanks to the information it contains, is able to give a specific instruction to the cell such as that of producing collagen, a substance that enters into the composition of cartilage.

There are over a million "differences in spelling"in this text, some are irrelevant while others increase the risk of developing a disease: these are the predisposing genetic factors.

The risk related to a single factor is low, it is the accumulation of several of them, combined with environmental factors, that can promote the onset of the disease.

This is why, although some predisposing genes have been discovered, genetic testing is not performed as part of genetic counselling as, with our current knowledge, they would be of no predictive or prognostic diagnostic value.

This is one of the big differences with monogenic diseases in which a single gene mutation is directly the cause of the disease and can be transmitted to offspring: this is the case, for example, in cystic fibrosis.

In osteoarthritis, observations made in identical twins and the existence of a combination of genetic and environmental factors indicate that the genes involved should be considered only as predisposing or vulnerability genes.

Thus, having a mutation in one or several predisposing genes does not mean that you will be ill: you can have mutations in certain genes known as predisposing genes and not develop osteoarthritis if you are never exposed to the environmental risk factors.

How are predisposing genes for osteoarthritis transmitted?

Osteoarthritis is not a type of inherited genetic disease like haemophilia or cystic fibrosis; it does not comply with Mendel's Laws of Inheritance.

Mendel's Laws of Inheritance characterise the transmission of genetic diseases due to a mutation in one gene.

The risk of the osteoarthritic disease recurring from one generation to another can be estimated empirically, based on studies carried out on a large number of families. There is no general rule, each disease has its own characteristics, which can include, in particular, the number of genes involved in the development of the disease.

Many studies are currently underway to locate vulnerability genes involved in osteoarthritis and some of them have already been identified.

Interactions between genetic and environmental factors, however, still remain a mystery.

Haemophilia is a clotting disorder which is hereditary and results in bleeding in the skin, mucous membranes (gums, etc.) and also the joints. It is the repeated bleeding in the joints which causes the breakdown of cartilage and thus the onset of osteoarthritis.

Haemochromatosis is an inherited disease due to excess iron in the body. It manifests itself by discolouration of the skin, liver abnormalities and diabetes.

With regard to the joints, it results in severe osteoarthritis that affects mainly the hands and then other joints if left untreated.

Made possible by the sequencing of our genome, the search for genes involved in osteoarthritis is a necessary step in understanding the mechanisms of the disease and then, one day perhaps, in developing treatments that are able to repair the defective mechanisms.

Are there risk factors for osteoarthritis?